Summary and links to the series of Wagner character posts:

I believe that Richard Wagner has been the victim of character assassination, which was started in his era but has come to full fruition in our own. While certainly Wagner does have character flaws, he is accused—casually, ubiquitously, and with no or little supporting evidence—of a whole host of faults, most of them exaggerated, and rarely counterbalanced with any sense of his goodness beyond musical genius. The result is that his true personality and character have been buried under an avalanche of mud. My introduction to that topic is here. This is a short introduction to his personality and character so that you can better understand the various charges. I cover these traits: megalomania here; sexist, womanizer and wife-stealer part 1 here, part 2 here; his problems with money and, consequently, friendship is here; the charges that he was amoral or immoral, hypocritical and a liar here; the issue of anti-Semitism is here; the first part of how his reputation got into the mess it is can be found here and the second here. The series concludes here with some thoughts about biography and a selected bibliography.

By all accounts, of those who loved him and those who loathed him, Wagner was an abnormal guy.

First, he was funny-looking, with an over-sized head perched on a fairly small body.  This is only relevant to his personality in that he was always very conscious of his appearance, but that is another story. Here is an account of one woman’s first impression:

Soon the young man appeared, strikingly elegant and, indeed, distinguished looking, in spite of the fact that his legs were much too short with such an extraordinarily pretty woman on his arm that she alone would have would have sufficed to make the couple interesting, even if Wagner had not had so remarkable a head as to prove involuntarily eye-catching.1 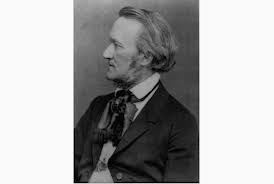 Wagner was the livest of wires, larger than life in almost every respect. He was described by French writer Édouard Schuré as a “floodtide that nothing can stem,”2 and by Franz Liszt as having “a great and overwhelming nature, a sort of Vesuvius.”3  Even his nemesis, the critic Eduard Hanslick, conceded that he was “the most remarkable of phenomena, a marvel of energy and endowment.”4

A highly emotional man, Wagner possessed very little in the way of a self-censor mechanism; he was quick to anger, quick to tears, quick to laughter, quick to frenzy. If people caught him on good days, they recounted that “he bubbled with with jokes, wild ideas and comic remarks,”5 was “utterly charming,”6 and that he was “full of fun” with “childlike jollity.”7 He was the life of the party.

But, his volatile temperament often put an abrupt end to the fun. Shuré captures this aspect well:

His high spirits overflowed into a joyous froth of acts of sheer buffoonery and eccentric jokes, but the least contradiction provoked unprecedented anger. Then he was like a caged lion, roaring like a wild animal, pacing the room, his voice growing hoarse and the words coming out like cries, his words striking at random. He then seemed like an unleashed force of nature, a volcano erupting... Everything about him was larger than life.”8

In one famous example, when no one was paying attention to him at a party, Wagner let out a “brief but piercing” scream, and then announced he was going to read a book to everyone—from start to finish.9  In fairness to Wagner, the man who recounted this event, Robert Von Hornstein, then added the better side of his qualities:

Conversely, he was enchanting whenever he went walking with Ritter and me. Witty insights flew through the air. He regaled us with tales from the rich storehouse of his experiences. Many a word of wisdom there was to be heard... His whole goodnaturedness, of which he had plenty to supply, came to the fore.10

Ignoring the audacious rudeness of his “watch me” moment described above, lest you think that Wagner reading a book might be dull, not a chance. In reading recollections of Wagner, the most prominent thing that jumps out is his incredible intensity of emotion, which he used to great effect when he was acting, singing or playing out a piece, musical or not. As one friend put it, “his true element was the most violent excitement.”11  And when in such a frenzy, he was able to bring  his audience to a similar peak. If I could teleport back in time, top of my list would be to go to one of these “performances.”  To give you a flavor of this talent, this recollection comes from German sculpture Gustav Kietz when Wagner, as Kapellmeister in Saxony, was rehearsing his beloved Beethoven's Ninth Symphony. (By the way, all reports are that he couldn’t sing well at all.)

There were 300 singers all told, whom he was able, in his unique way, to bring to a pitch of real ecstasy. After repeatedly breaking off and starting again, he finally succeeded in making it clear to them that the passage ‘Seid umschlungen, Milli Vater wohnen’ and, above all, ‘Brüder, überm Sternenzelt muß ein lieber Vater wohen’ [from the "Ode to Joy"] should not be sung in any ordinary way but must be hurled forth in utmost rapture. Wagner did not always find willing acquiescence; but when, after untiring efforts, he finally sang the passage to them with a sense of ecstatic joy that transported them all to a higher plane and continued to do so until his own voice, previously audible above the others, could no longer be heard, the resultant effect was so tremendous that it will forever remain indelibly etched on the minds of all who experienced it.12

Ferdinand Praeger, a German composer, also noted his “Vesuvius-like temper,” but added, “Yet in all his bursts of excitability, a sudden veering round was always to be expected...subduing his ebullition, falling into a jocular vein, [he] would plainly show he was conscious of having exceeded the bounds of moderation.”13

But exceeding bounds was his forte. In a era with much more formality then our own, he frequently shocked people by his uninhibited nature, whether it be “taking [Peter] Cornelius in his arms and kissing him tempestuously,”14 or greeting friends by standing on his head, sliding down banisters, climbing trees, or scaling house walls.15  A typical account comes from Sebastian Röckl in describing a Tristan rehearsal:

If a difficult passage went particularly well he would spring up, embrace or kiss the singer warmly, or out of pure joy stand on his head on the sofa, creep under the piano, jump on to it, run into the garden and scramble joyously up a tree.16

Everyone noted his “gift of gab”: a wild jumble of ideas and jokes flowed forth nonstop from his mouth with the accompaniment of his wildly gesturing body, which—not coincidentally I am sure—paralleled his new form of “continuous music.”17  Some hated it, such as the composer Robert Schumann, who said: “Wagner is impossible; there’s no doubt that he’s an intelligent person, but he never stops talking. You can’t talk all the time.”18 Hanslick agreed with Schumann: “He talked incredibly much and rapidly... He talked continuously and always of himself, of his works, of his reforms, his plans.”19  Others, however, enjoyed the one-man show, but only when he was in a good mood.

Wagner’s high emotionality created stress-related physical problems that plagued him his entire life, chiefly a skin condition and problems digesting food. There is a cottage industry of books and essays about what ailed him, some focusing on factors in the body, while most focus on his mental health, speculating that he had ADHD, Borderline Personality Disorder, Bi-Polar Disorder, and, of course, megalomania. Through his 30s and 40s, he was plagued by suicidal feelings, which are recounted in the book, Wagner and Suicide. To read his letters, his physical and emotional discomfort are readily apparent. He was a mess.

To greatly add to his stress, he was perpetually in debt, having absolutely no more restraint in matters of money than in his life in general.

But with all the sturm und drang in his life, he still managed to produce fourteen operas, eight volumes of essays, well over 10,000 letters (and as in everything he produced, they weren’t short), an autobiography, and a theater house.

I will be taking up many of these issues in later posts: his debts, mental and physical health, depression, productivity, et al. This post is primarily to give you a sense of the man as a whole before I delved into this sort of detail later on. Let me sum up by quoting Shouré:

[Wagner was] the constant union between profound reflection and ebullient spontaneity. With him, excessive thinking had not dulled his vital spark, and whatever life’s vicissitudes, he never ceased to philosophize, combining a calculating, metaphysical intellect with the joy and eternal youth of a truly creative temperament.20

1 Spencer, ed., Wagner Remembered, page 29. (First, I really don't know how to do end-noting in Blogger, so if you hit the link it doesn't take you back and forth from text to note.  If anyone knows how to do it, help! Secondly, the reason I am end-noting everything is to contrast with the usual litany of attacks without any references. As I have said before, I think Spencer’s book of remembrances is the best thing out there to understand Wagner’s personality. You can “look inside the book” at Amazon if you want to read more of any quote to see the context.)
2 ibid, 180
3 Newman, Ernest, Wagner as Man and Artist, 2nd edition, Vintage Press, as quoted on page 173. Newman is the principal English-language biographer of Wagner, having published the fair-minded 4-part Life of Wagner beginning in 1933, as well as this shorter, earlier book (1924). By the way, Mount Vesuivius had erupted multiple times in the 19th century, which I sure accounts for using that particular volcano as the metaphor.
4 ibid, as quoted on page 179
5 Spencer, page 79
6 ibid, page 96
7 ibid, page 86
8 ibid, page 181
9 ibid, page 97
10 ibid, page 97
11 ibid, page 177
12 ibid, page 51
13 ibid, page 84
14 ibid, page 134; Cornelius was "supposedly bisexual," so this added to the shock.
15 Magee, Bryan; Tristan’s Chord, page 236.
16 ibid, as quoted on page 236
17 Spencer, see for example pages 55, 81-89, 94-102, 192
18 ibid, as quoted by Hanslick ong page 46. In the same remembrance, Hanslick quotes Wagner as saying the following: “You can’t converse with Schumann: he’s an impossible person, he never says anything.” I expect that this is hyperbole and those quotes aren’t to be trusted as literally true, but there is truth in the quotes.
19 Newman, as quoted on page 173
20 Spencer, page 181
Posted by ramcduff at 3:32 PM